april 05, 2016
Hello, people of the internet!
I have bought / gotten some books with gift cards and today they will be shown to you. The first one is Lady midnight (The dark artifices #1) by Casandra Clare, Daughter of smoke and bone (Daughter of smoke of bone #1) by Laini Taylor and the first 5 books in the A song of ice and fire series by George R. R, Martin aka the books that Game of Thrones (TV show) is based upon. 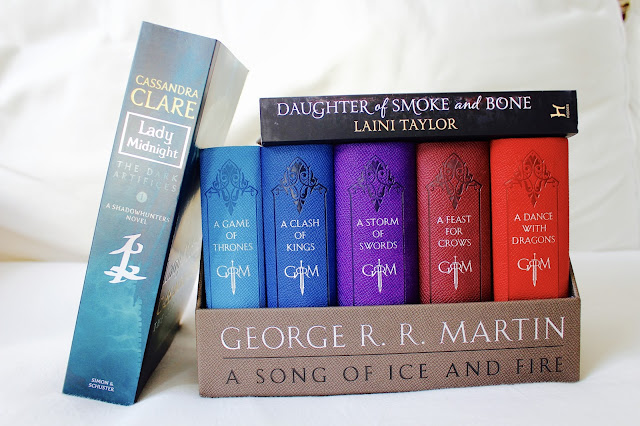 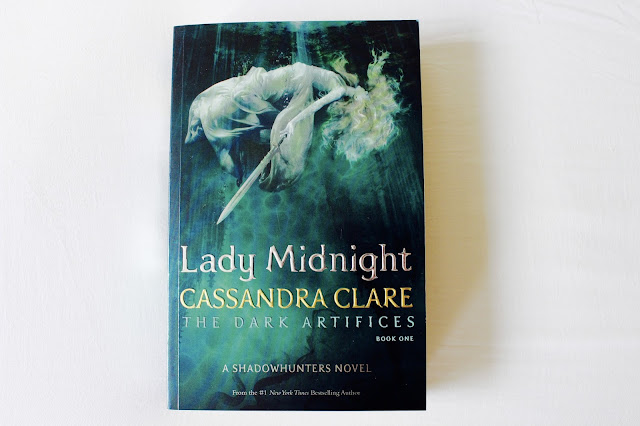 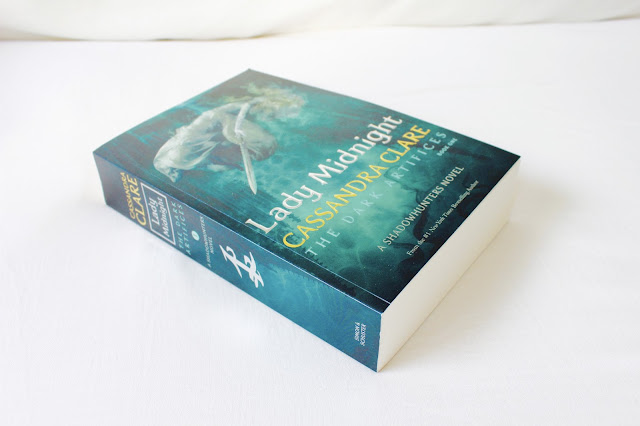 The first one is as said  Lady midnight (The dark artifices #1) by Casandra Clare which just came out in the beginning of march when I was in Athens (Read last blog post about that here) BUT I could legit not find a single bookstore ?! So I could first buy it when I came home again :( but now it is read and don't worry there is a warp coming!

But if you are not familiar with Cassandra Clare and her books Lady Midnight is an urban fantasy book that takes place on L.A 2012. and our main character is a 17-year-old girl who fights monsters with her friends and because I'm that shit at retelling I will just let you read what our dear friend good reads think:

"Emma must learn to trust her head and her heart as she investigates a demonic plot that stretches across Los Angeles, from the Sunset Strip to the enchanted sea that pounds the beaches of Santa Monica. If only her heart didn’t lead her in treacherous directions… Making things even more complicated, Julian’s brother Mark—who was captured by the faeries five years ago—has been returned as a bargaining chip. The faeries are desperate to find out who is murdering their kind—and they need the Shadowhunters’ help to do it. But time works differently in faerie, so Mark has barely aged and doesn’t recognize his family. Can he ever truly return to them? Will the faeries really allow it?" 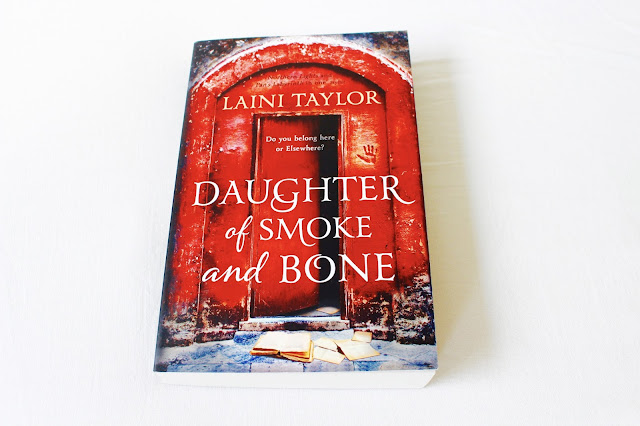 What goodreads has to say:
"Around the world, black hand prints are appearing on doorways, scorched there by winged strangers who have crept through a slit in the sky.
In a dark and dusty shop, a devil’s supply of human teeth grows dangerously low.
And in the tangled lanes of Prague, a young art student is about to be caught up in a brutal otherworldly war." 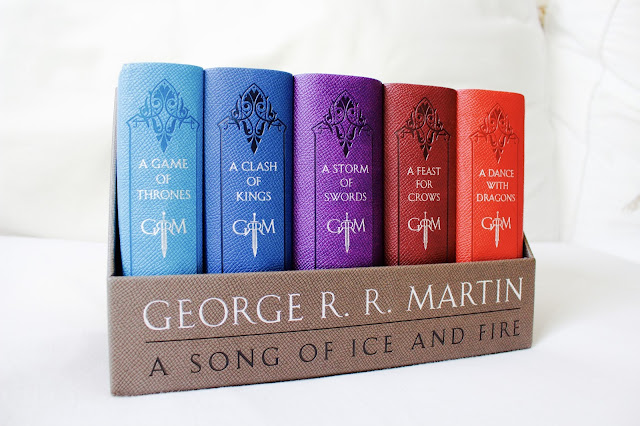 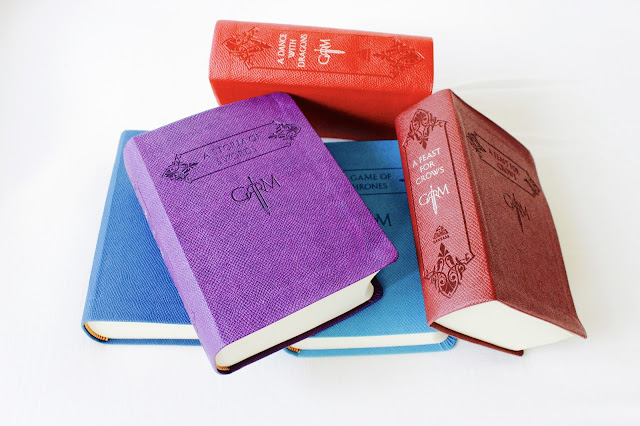 And last but not least the first 5 books in the A song of ice and fire series by George R. R, Martin. I have not finished any of these books BUT I'm currently and have been reading the first one The game of Thrones for a year or two... BUT now when I actually own them I hope that at least the first one will be read. (I mostly bought them because these covers are the softest and my touchable things ever!)

What the first one is about:
"Summers span decades. Winter can last a lifetime. And the struggle for the Iron Throne has begun.

As Warden of the north, Lord Eddard Stark counts it a curse when King Robert bestows on him the office of the Hand. His honour weighs him down at court where a true man does what he will, not what he must … and a dead enemy is a thing of beauty.

Have you read any of these books ??