august 13, 2015
Hello beautiful people of the internet!
I read 3 books in July: "Blood red road" by Moira Young, "The meeting" by Richelle Mead, "How to win at high school" by owen matthews and "A court of thorns and roses" by Sarah j. maas. 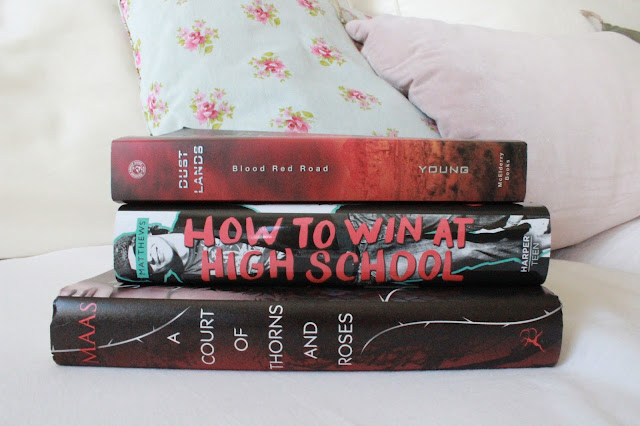 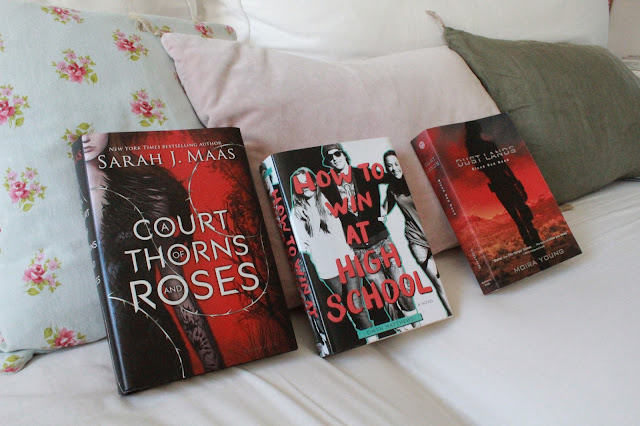 Blood red road
A little appetizer from goodreads: "Saba lives in Silverlake, a wasteland ravaged by constant sandstorms where her family scavenge from landfills left by the long-gone Wrecker civilization. After four cloaked horsemen kidnap her beloved twin brother Lugh, she teams up with daredevil Jack and the Free Hawks, a girl gang of Revolutionaries"
This book blew my mind! - "Not in a omg i have never read anything like that ever" way but more in a "i coundn't preidt everything and i liked every word of it and the story was just sooo good" kinda way. I can't wait for the day i'm going to buy number two (but it won't be before christmas since i used A LOT of money in London)
I gave it 5 out of 5.

The meeting
Appetizer: "A scene from the first book of the Vampire Academy series, as told from Dimitri's point of view"this is a really fun thing to read for people who have read the Vampire academy series. I gave it 4 out of 5.

How to win at high school
Appetizer: "Using Scarface as his guide to life, Adam Higgs is going from zero to high school hero"
When you start the book you can sort of guess the ending even if you have or haven't seen scarface (i haven't) so you already know what it is going to end with. I understand the reason for everything that adam does and I just really love this book to pieces. I really like this book! I gave it 4 out og 4 stars.

A court of thorns and roses
Appetizer: "When nineteen-year-old huntress Feyre kills a wolf in the woods, a beast-like creature arrives to demand retribution for it. Dragged to a treacherous magical land she only knows about from legends, Feyre discovers that her captor is not an animal, but Tamlin—one of the lethal, immortal faeries who once ruled their world"
I was really excited to read something different from J. Maas! and i was so happy about a court of thorns and roses! And i really really liked the last maybe 100-50 pages!
i gave it 4 out of 4 stars,
books